Here is the video of the session from 24th of September 2020:

All you need to know about the future of being a member of itSMF Belgium. 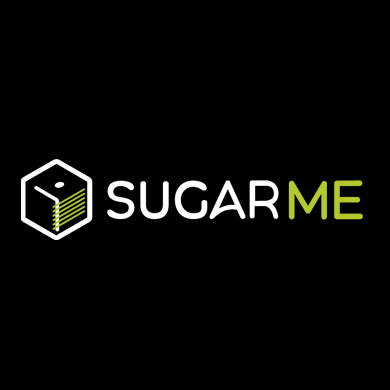 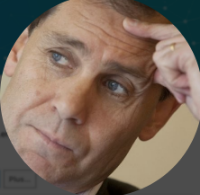 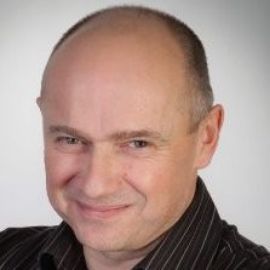 This workshop, a sequel of the event hosted by the itSMF Belgium chapter in collaboration with Paul Wilkinson on Tuesday 23/6, captured the essence of how ABC is experienced by our attending members and how to address this.

The panel identified the top3 cards :

The reason why this ‘worst case practice’ is around and will be around for some time to come is a result of the different focus of involved stakeholder and. This results in a lack of mutual understanding and decisions which hard to understand.

As pressure to deliver increases at all levels, this behavior is experienced even more today.

This can only be addressed when there is a willingness to understand and connect the whole picture, involving the ops, management and governance layer. Lacking alignment between these levels will result in this card being number 1 for years to come.

This card has the same underlying worst case behavior as our ‘number 1’. The ‘non-collaborative’ mindset results in creating resources in isolation. As there was no involvement of other stakeholders, they will not understand the potential value, because there is no time to assimilate or worse, the information provided is only theoretical, not reflecting the reality of the stakeholder.

This can only be addressed if creating process documention is part of a collaborative exercise, based on an agreed working practice, not an imposed ‘ideal’

A silo driven organization, the lack of clear roles and responsibilities beyond that virtual castle not only from the workforce, but also from management, induces this culture of belly gazing.

This can be addressed by re-organizing into cross service teams with a common purpose. And if that is not feasible, introduce roles and responsibilities, which drive collaboration and genuine care for the bottom-line, a happy customer.

Obviously there were more lessons learned, but these are the prerogative of the attending workshop members.

This was the 4th time since 2006 that I have conducted an ABC of ICT (Attitude, Behavior, Culture) session with the itSMF in Belgium.  The session made use of the ABC card set as an awareness and assessment instrument.

The results are shocking. Again!

But the shocking results are not specific to Belgium. The shock factor is general the world over when I conduct ABC workshops and sessions.

The bye-line for the sessions is ‘ABC is THE number 1 success or fail factor for ITSM success’! More commonly it seems ‘fail factor’ judging by the selected ABC cards. Too little success has been realized in dealing with ABC.

Each returning session to an itSMF event is like the film Groundhog day.
In the film, every day Bill Murray wakes up and relives the same day again and again.
At each event – with years in between – I see the same cards being selected, despite us throwing every conceivable framework or set of practices at the problem in an attempt at changing behaviors – such as ITILV2, ITILV3, ITIL2011, ITIL4, DevOps, Agile, BRM, COBIT, ISO20001, IT4IT, Verism, the list goes on, so too do the ABC challenges.

One of the questions raised in the itSMF event was ‘If ABC is still around for so long, isn’t something missing in the education of the future ITSM guru’s?’

The short answer is ‘Yes’! Clearly.

In the session I reflected back on 4 key success indicators for effectively addressing ABC. These being:

Safety – You must have a safe environment for people to experiment, practice and give feedback on new behaviors.

Time – You must realize that it takes time to make behavior change sustainable, and you must allocate time to learn, experiment, practice and time for feedback and follow-up.

Practice – You don’t simply change behavior overnight by ‘implementing’ a new set of rules (e.g. ITIL Practices). It takes time and effort to practice, and when people fall back into old ways of doing things it requires feedback. Failure is OK. Adopting a best practice approach is simply learning new ways of behaving, when we practice we often fail. That is what practice is for, try, fail, get feedback from a coach and try again.  We don’t reserve time to practice and we don’t use coaches to help is improve during the practice.

Very often these success indicators are often lacking, coupled also with a lack of skills to bring about behavior change. This is one of the reasons a whole chapter was written around ‘Organizational change management’ in the ITIL practitioner guidance – including ‘management behaviors’ in the stakeholder section in the practitioner toolkit.

Unfortunately however few ITIL ‘Experts’ have read the guidance or been on the training to develop these skills.

Also an ‘Attitude’ seems to be that it is probably too much effort and it will ‘sort itself out’. There is often a missing ‘sense of urgency’ to consciously tackle ABC, which is why when we do these workshops we also explore the ‘impact’ of these practices (sharing real life example of the consequences) in terms of ‘Value’ , ‘Outcomes’ , ‘Costs’, ‘Risks’. Below are the global findings from more than 4000 organizations as to the ‘impact’ experienced as a result of these ‘undesirable behaviors’:

Is it still too much effort trying to do something about ABC? Or perhaps developing some behavioral management skills as well as the latest ‘best practice framework certificate’?

Eddy added “One attendee mentioned the need for ‘Emotional Intelligence’. I would translate that into, ‘having the capability to connect at the human level’. In this context, we get a second change to discover what we missed in the Practitioner Guidance, and it is called ITIL4. 6 out of the 7 guiding principles are an invitation to connect with your peers.”

These were the top chosen ABC cards. Delegates were asked ‘which 3 cards would the customer choose, as an indication of the attitudes, behaviors or culture THEY would like to see changed in IT’?

No management commitment – This was the top scoring card. Perhaps symptomatic here are the findings captured in a CIO event last year ‘Is your organization fit for the future’. In a breakout workshop 15 CIO’s suggested they were expected to ‘walk-the-talk – but what does this LOOK like in this age of ‘agile transformation’ – it is new. These are not typical skills’. The CIO’s also declared that their next level management also lacked the ‘organizational change management’ or ‘organizational behavior management skills’. When asked if they had reserved budget and time to develop a training program for managers the answer was ‘No’.

Throwing solutions over the wall and HOPING that people will follow them – There is still a strong focus on trying to ‘implement’ best practice frameworks. Having Experts design processes, practices, procedures and ‘hand them over’ – too little engagement and empowerment to have end-to-end teams design their own ways of improving and working.

Plan-Do-Stop – No real Continual improvement culture – Often new ways of working are project driven change and ‘implementation’ projects. Embedding a ‘Continual improvement’ culture is missing, or is fragmented silo or ‘process’ focused and not a top-down or end-to-end capability. Our global survey’s revealed that less than 20% have this as a core capability.

Saying ‘Yes’ and Doing ‘No’ – perhaps understandable when new ways of working are thrown over the wall and ‘enforced’ upon teams. Lack of buy-in and ownership.  When there is no culture of ‘continual improvement’ to iteratively capture the feedback and improve then the new ways of working are fragmented, causing frustration, pain, damage and people saying ‘we told you this framework was no good’! (hence the reason for multiple iterations of ITIL, as ITIL gets the blame).

‘No understanding business impact and priority’ – The ‘new ways of working’ thrown over the wall often have too little alignment to business outcomes and business value. We are all talking about value but a. we do not know what that means from different stakeholder perspectives, b. do not embed it into the practices, priority and escalation or governance mechanisms. Here is an article with supporting evidence of this, and how we use our MarsLander simulation workshop at itSMF UK to explore ‘Value’,  ‘Service value System’ and ‘Continual Improvement’ with end-to-end stakeholders.

‘IT thinks it doesn’t need to understand the business to make a business case’ – This card is often coupled with ‘IT is too internally focused’. We are often poor at engaging with and understanding business drivers and goals which can explain the number 1 scoring card above ‘IT has too little understanding of business impact and priority’. Number 1 globally every year for 15 years in a row.

‘Neither partner makes an effort to understand the other’ – requiring a marriage guidance counsellor. But who is to play this role? A role to help foster behavior change in both IT AND the business! More effective Governance of IT, and helping IT gain business intelligence. The BRM role and capability is a sorely needed strategic capability, but many IT organizations do not have the trust or credibility to be seen as a ‘trusted advisor’ or ‘strategic partner’ (because we STILL can’t solve these ABC issues AND we don’t understand the business well enough. I know. Let’s invent another new best practice framework and certification program!!!)

The session finished with a call to action from the itSMF.

Delegates recognized these challenges. Year-in, year-out they appear to be challenges. There was a call for volunteers to work in small groups to explore tips and solutions for finally resolving these top ABC cards. I am curious to see how many volunteer. Remember one of the top chosen cards ‘Not my responsibility’.

UPDATE CALL FOR ACTION: At this point, 1 day after the interesting event, 4 people have already taken up the challenge to crunch the ABC enigma. So a shout out to the other participants, and members who have a soft spot who want to invest a few hours in the coming months.

We will organize short virtual sessions to share, exchange and brainstorm to come up with actionable idea’s. I am sure we will have an antidote for ABC quicker than the pharma will have a vaccine for COVID-19. Feel the need to engage? Contact Eddy@itsmf.be